The clown Pepa Plana officially launches with Cirque du Soleil in Montreal on April 19 with the show “Amaluna.” Pepa welcomes the audience and then performs two functions: the first is about the seduction and romance between two clowns, plays the role of a man and the other woman, and the second is a consequence of the seduction which is partly pregnancy and clown with many, many children. Flat signed for two years and it seems that his time with the Cirque du Soleil will end then. Although he said he never knows and enjoys a lot with the company, Pepa said in an interview with ACN, who wants to come back and make your own adventures. 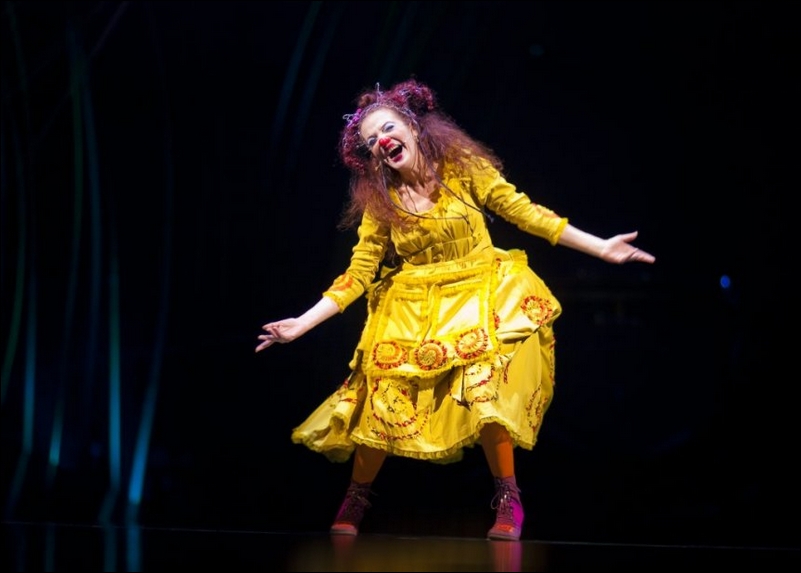 Flat A very surprised when he told representatives of Cirque du Soleil to be part of a new show still had no name. Members of the famous circus had followed Pepa and they liked their jobs. Pepa was in February last year in Montreal and “dazzling.” But did not accept the first change because, as he said, laughing, “you do 20 years.”.

However, it was clear that the project had been delighted: “This is the first Cirque du Soleil show is a distinctly female with 70% of women artists.” So he joined in January 2012 and the creation process was very long. A total of 53 artists in the field. “Really enjoyed doing a show like this every day 2,400 people, making people laugh is a gift all this crowd.”.

‘Amaluna’ inspired by ‘The Tempest’ by William Shakespeare, this is your starting point. The plot is located on an island of women where the celebration of Miranda, who is a woman. However, the storm arrives on the island and with it, men. “This whole mess started,” said Plain. Then there is a love story of Romeo and Miranda and mix different characters of Shakespeare.

A clown who speaks Catalan

Pepa speaks very little and it does show in Catalan. “At first it seemed very strange because they believed that a language invented myself and half mixed French, Spanish, Italian and Portuguese. They thought that was a mixture of Latin languages, “said the smiling clown, who said that” at no time has there been any problem, but on the contrary.” 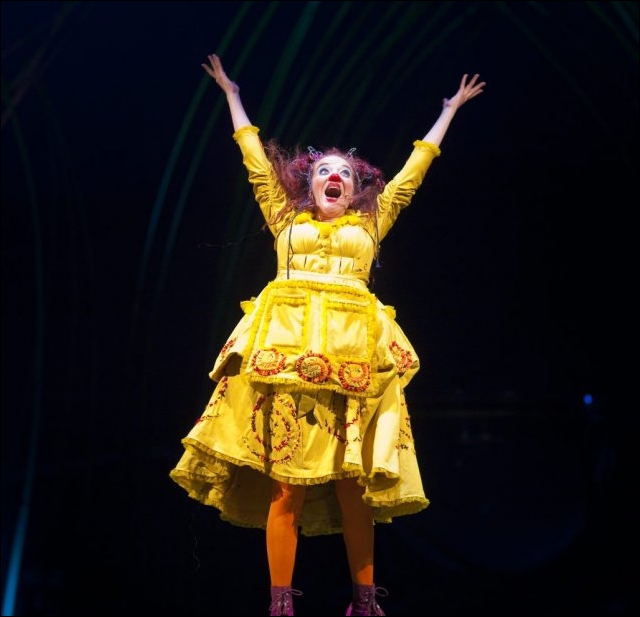 In fact, he emphasized that the words say clowns are translated when changing country, but as she started to say short phrases in Catalan as not changed. Speak Catalan also lets see if the audience some Catalan. He realizes the public if there is a smile out of tune when he says something in Catalan.

The future Pepa to see

Flat signed with the Cirque du Soleil a two-year contract and it seems that his time with the circus will end then. Although he said that “you never know,” Pepa said he has “wanted to come back and make your adventures and play.” The clown believes that trials are already a flash with its 12-hour marathon with 150 people working. “It’s a great production and a great boat and the media have for anything is sleep. With no less than half gaudiríem nothing to do stuff at home, “he said. But she does not let shine because “sometimes the most beautiful things are the simplest and the audience likes it when there is truth and subtlety.” Plain also believes it is much easier to laugh at stalls 150 people.

He admitted that he took over was to unify the language and learn it was not his show but “a tool that had to adapt to the system.” Plana said initially creates the number one and in principle there is a lot of freedom to do what you propose and then sell “cuts.”.

The work was premiered in Montreal and received rave reviews, says Pepa, and the room is filled with each performance. Now begins a long journey representations: Montreal, Quebec, Toronto, Vancouver, Seattle, Portland, Chicago … The tour is already scheduled until 2015. And in Europe? “The shows reach Europe when I was five or six years stock.”.