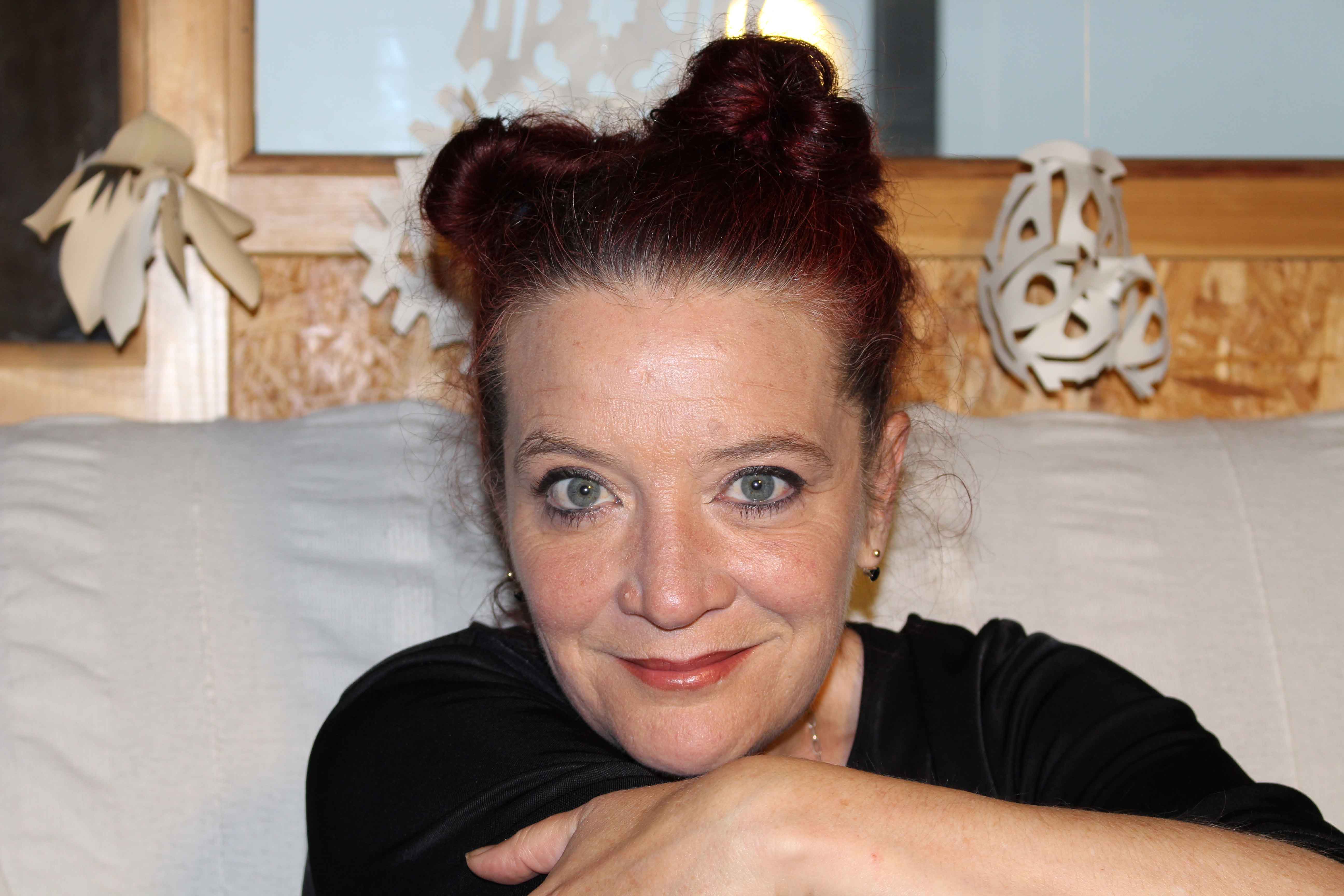 Pepa Plana is an actress and clown, born in Valls, Tarragona, on May 2nd 1965. Her talent, the distinct characteristic of her shows, and her individual contribution to promote the world of female clowning has made her a Catalan icon that stands out as one of the European figures of her genre.

Pepa Plana started her career as a theatre actress. Soon after graduating from the Institut del Teatre of Barcelona in 1989 she co-founded Preterit Perfecte, a theatre company that produced and toured three different plays. In 1998 she created her own company with the explicit intention of producing clown theatre for grown-up audiences, marking a major shift and step forward in her career. Since then Cia Pepa Plana has created and toured ten different productions: “De Pe a Pa” (1998), “Giulietta” (2000), “Hatzàrdia” (2004), ‘L’atzar” (2004), and “Penèlope” (2010). With “Èxode”(2011) she shares the stage for the first time with two other renowned clowns, Joan Montanyès ‘Monti’ and Joan Valentí ‘Nan’, producing a play that addresses the issue of mass migration and the hardships experienced by those that flee for political and economic reasons.

The next two years signify a new stage in Pepa Plana’s career when she moves to Quebec, Canada, to join the Cirque du Soleil for the creation and touring of the prestigious company’s new show ‘Amaluna” during 2012 and 2013.

In 2014 she moved back to Catalonia, and the year began with “Despistats”, a show specifically conceived for outdoor settings, street theatre as a way to open other windows to gaze over the world.

“Paradís Pintat (2016), premiered in that year’s Festival Grec of Barcelona, is the next solo production which insists on the daily drama of human mass migrations.
In 2017 she produced “Suite”, another venture into street theatre and summer festivals.

The latest production is “Veus que no veus”, a show that looks back at some of the classic clown gags. It was premiered in 2018 as a duo with Pepa Plana taking the role of the August clown and Noël Olivé as the White clown.

Her shows have also toured Europe and Latin America regularly. Along with public recognition she has also been awarded numerous prizes, such as the distinguished National Culture Award 2014 granted by the Generalitat de Catalunya.

Pepa Plana’s professional journey has made her the most renowned Catalan female clown, and her new projects are always awaited with anticipation. Her trajectory has also contributed to open new markets in the theatre scene of Spain.

Alongside to her performing career, Pepa Plana was also appointed the artistic director of the International Female Clown Festival of Andorra, a biennial benchmark of the genre from its first edition in 2001 until the last one in 2009. In May 2018 the festival returned as an annual event with a slimmed down format, and Pepa Plana was re-appointed artistic director with the aim to revive the festival and open it up to new challenges.